Holland Dog Pound has a Blog! 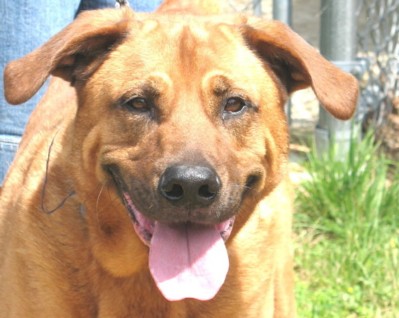 Ray Korny, the dog officer of Holland, created a blog for the dog pound. He is also reporting about the dog pound and is looking for a home for Henry, read more»

Time to celebrate.....
The Holland Blog went online for the first time at 13:30 hours on Saturday February 14, 2009. Today, the Holland Blog was viewed 100,000 times (page views or hits). The page view count 100,000 originated at IP number 72.200.170.131, which is an IP number signed up with ISP Cox Communications that uses Cable/DSL connections out of Stafford Springs.
I would like to share one of my favorite YouTube videos with the readers of the Holland Blog to celebrate this special occasion:
David Elsewhere performing in 2001. He was born in 1979 and grew up in Santa Ana, CA, and is considered one of the best breakdancers. 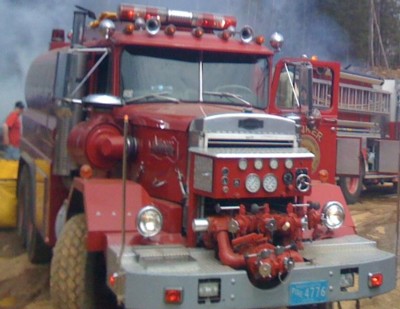 As the fires on the North East Concept owned hillside property do get a lot of attention, here are pictures of the permitted fire that took place on April 26, 2008, and my observations, read more»

The Holland Blog received an anonymous letter with two pictures by mail about irregularities in the Highway Department of our town. Brian Johnson is our elected Highway Superintendent and son of one of our elected selectmen, Earl Johnson. The Department is under the control of Brian Johnson. The Holland Blog has not altered the text or the pictures, to read the letter and view the pictures, click here»

Jack Keough not reappointed in Brimfield!

At tonights selectboard meeting in Brimfield, the selectboard unanimously appointed Harold Patrick Leaming to the position of building inspector for the town of Brimfield. Last year, Mr. Leaming, known as Pat, was appointed in the town of Wales for the same position also to replace Jack Keough.
Peter Frei

Gleason a free man for another three days!

Todays hearing during which Superior Court Judge Peter Velis was suppose to take ex police chief Kevin Gleason into custody and have him transferred to the Hampden County Correctional Center in Ludlow was postponed to Friday October 1st, as assistant District Attorney James C. Orenstein celebrated Yom Kippur, a Jewish holiday. Earl Johnson will have a last chance to have breakfast at HooYas with his buddy Kevin Friday morning. However, the duo wont be riding in the sharp Dodge cruiser of the HPD with the tinted windows.
Peter Frei

Crystal Campbell, living at 2 Sunset Lane in Holland was arrested last Tuesday at Wells State Park in Sturbridge for car theft. She was born on March 19 1986. OnStar was instrumental in locating the cars stolen form Diamond Chevrolet on Washington Street in Auburn and Herb Chambers Toyota also in Auburn. Motorcycles were stolen from private residences in Spencer. OnStar is a built in system available in some GM models. Campbell was charged with four counts of receiving a stolen vehicle, conspiracy and number plates violations. She was released on her own recognizance and needs to be back in Court for a pre-trial hearing Wednesday October 15 with her partner in crime William Ebersold, 34 of Worcester.

During a hearing before Superior Court Judge Peter A. Velis, former chief of police Kevin Gleason was sentenced to two years in prison. The jail sentence will be followed by three years of probation.

Earl Johnsons buddy Kevin Gleason admitted to three crimes; all three were larcenies over $250, one of which was by scheme. Gleason took more than $2,000.00 of cash that had been seized during drug raids and collected $1,600.00 as reimbursement for training he never attended or paid for. 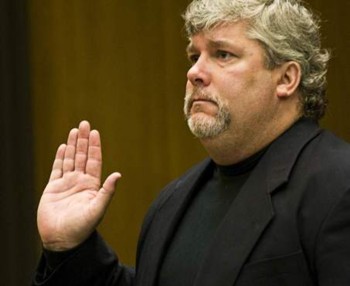 His guilty plea and the form of the hearing are consistent with the procedure whereby an accused accepts a deal offered by the prosecutor. There was no trial. Earl Johnsons buddy will have to report to the Hampden County Correctional Center in Ludlow on Monday September 28. Part of the plea was also that Kevin P. Gleason will pay $9,934.00 in restitution to the town. According to assistant District Attorney James C. Orenstein, Earl Johnsons companion Kevin Gleason admitted the following crimes: Gleason purchased firearms with taxpayers money and sold some of them and the ones he replaced with the new guns to licensed dealers and individuals. The funds he kept for himself. The Holland Blog reported about this exclusively in the piece, Ex Police Chief Gleason before Federal Grand Jury? His second crime he admitted to is a larceny of $650.00. The taxpayer of Holland paid for a conference that took place in Saybrook, CT. Gleason cancelled and kept the refund. His third crime was the theft of $2,190.00 from the evidence locker for which Gleason had the only key. The funds were seized by another Holland police officer in a drug arrest. The Holland Blog was informed about the incident by an anonymous reader and filed a public information request under the freedom of information act to obtain a copy of the report. After an initial refusal to produce the requested information, the Holland Blog appealed the decision to William Francis Galvin, Secretary of the Commonwealth, Public Records Division. On August 4, 2009, Alan N.Cote affirmed the decision not to produce a copy of the report stating, According, to the records responsive to your request are part of an ongoing case, the disclosure of which would jeopardize said case, this office will consider your administrative appeal closed. Click here to read the letter. Judge Velis punished Gleason with the maximum sentence of two years (if the $9,934.00 is a fine). Without a monetary fine, the maximum sentence would be five years. The question is whether the $9,934.00 is technically a fine or not, see M.G.L. c.266, s.30.
Other posts on the Holland Blog about Kevin Gleason and the town officials which protected him for many years, click on any link:
Ex Police Chief Gleason before Federal Grand Jury?
Ex Chief Gleason investigated
Officials still cover Chief Kevin Gleason
Police Chief Kevin Gleason resigned under duress.
Riddle (no.2) A true tale that shows how close Earl Johnson and Kevin Gleason were...
Riddle (no.1)
The Victory claimed by Gleason & Wettlaufer comes at a hefty Price for the Taxpayer
Oops !!
Police Chief of Holland, Kevin Gleason, arrested for OUI
Peter Frei 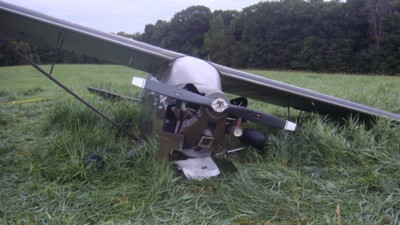 Last night around 17:25 hours, a Second World War vintage single engine Piper J5A airplane made a crash landing in a field owned by Walter Bradway near the four corners of Union Road and Stafford Road in the south westerly corner of Holland. The vintage plane was piloted by its owner Mark E. Horan who was flying with his daughter Katelynn from 3B0 (Southbridge Municipal Airport) to 7B6 (Warehouse Point, Skylark Airport) when the engine started to sputter. Read more»

According to the U.S. Army Corps of Engineers, the two latest samples taken from lake Siog, also called Holland Pond, tested negative and the end of the blue-green algae bloom caused by the cyanobacteria. The beaches will be open to the public immediately. The park will be open from 10 a.m. to 6 p.m. Peter Frei