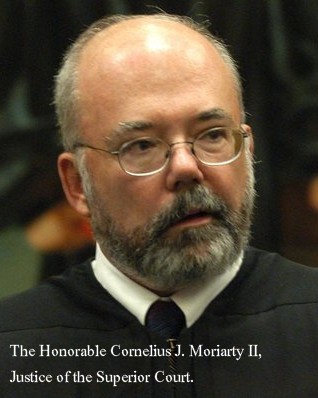 Posted on 26 Apr 2010, 10:44 by Neutral...
BIASED!
The corruption here goes so deep! It is just INCREDIBLE to me that the newspapers don't report the FULL story! How are the voters of Holland EVER going to be able to confidently cast an informed vote if the newspapers only report favorable outcomes that are in favor of a corrupt select board???

Posted on 27 Apr 2010, 16:52 by Peter Frei
Shooting themselves in the foot..
Around noontime today, I received the following email from James LaMountain:
*******************
I got a burning permit today and I am quite concerned with the fire chiefs intent to enforce a 4 pm curfew on our burn today. We can not finish by then and to extinguish the fire will leave us with a mess that will be impossible to re ignite. There is no curfew on agricultural burning under 310 CMR 7.07 (3) c. Time and date limitations are for seasonal burns under 310 CMR 7.07 (3) (e). We are not burning under (e). CMR is here: http://www.epa.gov/ne/topics/air/sips/ma/MA_7_07.pdf
Anyhow, Judge Moriarty was clear. SOLELY on meteorological conditions.. Meteorological conditions will be the same at 5 pm as they are at 3 pm. Pleas caution the fire chief about imposing conditions outside of the law. We are willing to work with him on future burns .. But these initial burns will take longer than 4 pm. If the chief insists on imposing curfews that are unrelated to meteorological conditions we will be forced to investigate contempt charges.
Thanks.
Jim
*******************
It is important that this community is reminded that whether you like James LaMountain or not, he has the same rights as everybody else and the town officials need to treat him the same way as they should treat every other resident of Holland. If they dont do that, they are violating their oath of office and prove that they dont have the character needed to hold a public office.
Justice Moriarty was unambiguous with his language in his Memorandum of Decision, where he opined:
Said permission [for open burning] shall be based solely upon whether or not the appropriate meteorological conditions exist to ensure safe burning (emphasis added [by Justice Moriarty]).
Page 5, Memorandum of Decision and Order on the Plaintiffs request for a Permanent Injunction.
It is interesting that Judge Fein of the Housing Court gave Fire Chief Foster in her Memorandum of Decision  in error as I pointed out before  the authority to attach conditions to burning permits.
Honorable Cornelius Moriarty II is an excellent Justice and did away with that right given to Foster. Moriarty did get it right and applied the law as the Legislature wrote it; Foster has no authority to apply conditions any longer.
What LaMountain only could have achieved with a lengthy and expensive Appeal of Judge Feins decision, the three selectmen provided accidentally with the unexpected decision in the lawsuit filed by them. Some call this shooting themselves in the foot. At times it is funny to watch the three stooges in action.
_________________________________________________________________

Posted on 27 Apr 2010, 17:22 by Janice
Money out our pockets
The money spent on their lawyer was out of our pockets. Taxpayers should be a
tad upset. I think they made NEC go through this intentionally knowing that they'd
be unsuccessful in the end. An individual I know by the initials DS said to a
NE member that coming from James Wetlauffer's mouth that they(the town officials) would put them through so much legal garbage and paperwork that they'd never be able to touch the land. Look how they've kept their word. Look what financial ruin they've done even to their own friends. They are taking money of of everyone's pockets. Theh have to be proud now that they've lost. Do their friends see what they are doing? How many friends have they lost over this or are they being paid to be their friends? Why won't anyone besides Peter grow a backbone and publically protest? Get the real media involved & not one of their "friends" that work at the papers. Why is no one willing to help?

Posted on 19 Jul 2011, 11:45 by Peter Frei
That is not a rumor, it is a fact..
It is a fact, I confirmed the pending appeal by the town's fire department by checking the docket of the Appeals court of the Commonwealth. Here is a link to see for yourself, the docket number is 2011-P-1166:
http://www.ma-appellatecourts.org/display_docket.php?dno=2011-P-1166
The appeal was entered on July 1, 2011, and the town is wasting money in an attempt to prove the point that Honorable Judge
Cornelius J Moriarty II was wrong.
I'm intimate familiar with the case and there is only one reason why this appeal was filed; not because justice was not served. The appeal was filed on Wettlaufer's hope that somehow LaMountain will fail to meet a deadline, run out of funds (eventually everybody does but not the town as there seem to be no end to Wettlaufer's waste of money.)
There is another possible outcome, Super Lawyer Tani Sapirstein could get away with misrepresenting the law, she is a master in deception. If that does not do the trick, she will outright lie to judges and courts.
How dare me to make such a statement you may say... Am I not afraid of getting sued for libel? After all she is a Super Lawyer!?!?
I don't think so; one of the elements to be successful with a libel suit is that the statement made by me would have to be false...
YES, Tani is a beauty... she fits right in with Earl Johnson, Brian Johnson, and James Wettlaufer.
I made a video to explain the issue of this suit now on appeal, scroll up and click on Read more>>
_________________________________________________________________