According to information obtained by the Holland Blog, Kevin Gleason, Former Chief of Police of the town of Holland, allegedly followed a subpoena to appear before a Federal Grand Jury. 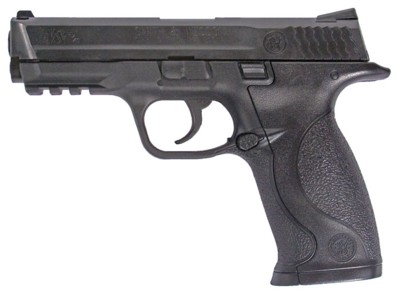 The Grand Jury allegedly convened last Tuesday, June 9, 2009, in the United States District court for the District of Massachusetts in Springfield.
Fed. R. Crim. P. 6(e) prohibits the government from revealing a matter occurring before the grand jury. This prohibition covers the content of Federal Grand Jury testimony. But it goes much further. The government cannot even reveal that a certain individual appeared before the Federal Grand Jury or that a certain individual had been subpoenaed or scheduled to appear. Gleason was a gun nut. On one occasion, Gleason proudly showed his license to carry a machine gun to a woman on their first date.
Kevin P. Gleason allegedly bought eight new hand guns, five of which were intended for the Holland Police Department. The remaining three hand guns he allegedly sold privately keeping the money for himself. It should be easy to indict and convict Gleason based on the alleged evidence. The former Chief allegedly carried the paperwork establishing proof of the illegal gun sale in his cruiser where it was allegedly secured into evidence during the execution of a seize and search warrant.
Besides state law violations, the selling of handguns without a dealers license is a Federal Crime under Title 26 U.S.C. carrying a prison sentence of up to 10 years and/or up to $10,000 in fines. See Title 26 U.S.C. s.5871.
Earl Johnson and James Wettlaufer promoted Gleason to the Chief position back in July 2002, and reappointed Gleason repeatedly despite his involvement in several lawsuits. Earl Johnson had a personal relationship with Gleason and was seen on a regular basis driving with Gleason in the Dodge Police Cruiser with the tinted windows to Hooyas in Brimfield for breakfast and lunch.
Other posts on the Holland Blog about Kevin Gleason and the town officials which protected him for many years, click on any link:
Ex Chief Gleason investigated
Officials still cover Chief Kevin Gleason
Police Chief Kevin Gleason resigned under duress.
Riddle (no.2)
Riddle (no.1)
The Victory claimed by Gleason & Wettlaufer comes at a hefty Price for the Taxpayer
Oops !!
Peter Frei

An increasing number of Holland residents realize the enormity of the possible negative impact a Truck Stop could have on our community. Scott Bousquet called the Holland Blog this morning with an update on the Petition against the Truck Stop.
Scott and his wife Lori collected signatures of residents that question the proposed Flying J Inc. Truck Stop. The Bosquets will present the Petition to the Board of Selectmen at the upcoming meeting next Tuesday June 16, at 19:00 hours at the town hall. Scott and Lori would like to invite everybody to attend the meeting to show their support for the cause.
Other posts on the Holland Blog on this subject:
A Truck Stop in our Community?
Sturbridge Voters Not As Smart As Holland Voters?
IT IS NEVER TO LATE!
Peter Frei

A total of 205 voters made the annual trip to the town hall to exercise their constitutional right to participate in forming the government of their community. Re-elected Library Trustee Janet Mullins is the most popular town official with 176 votes this year; Earl Johnson is the most unpopular elected town official this year. Only the two positions where there was an actual contest attracted less votes because the votes were divided among the opposing candidates. read more»

There are only two days left until the annual town election this coming Monday. Whoopi Goldberg said once:
You've got to vote for someone. It's a shame, but it's got to be done. Read more»

Another exclusive report based on research conducted by the Holland Blog, read more»

IT IS NEVER TO LATE!

There is a growing number of residents that start to realize the tragic consequences a truck stop would bring to our community. I just received the following email minutes ago: 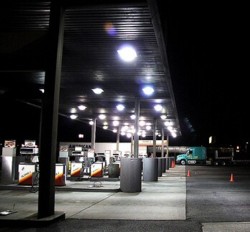 Subject: Petition for Truck Stop
Hi Peter, Not sure if you have received this petition or not, but thought it worthy of passing on to you. We need 250 signatures by June 1st please see what you can do and mail what you collect to: Chris McCooe, 13 Lake Ridge Rd, Holland, Ma. 01521
Thank you Peter-
Mary Sears, 12 Roberts Park Rd., Holland, MA. 01521
Attached is a petition to get a town vote on Truck Stop that is being proposed to the Town of Holland for the land on Mashapaug Rd., near Union, CT. We feel the voters should have a say. Please print out the attachment - we need at least 250 names, signatures in order to get a special town ballot. Please return to me by June 1st 

To read more about the proposed truck stop, click on Truck Stop  under Main Menu on the left. Read also:
A Truck Stop in our Community?
Sturbridge Voters Not As Smart As Holland Voters?
Peter Frei

Last night the voters of Holland had an opportunity to participate in making town policy. There were no surprises, just a few unanswered questions, read more»
Peter Frei

During yesterdays Tantasqua School committee meeting, a majority of the committee voted in favor of raising teachers salaries four percent over the next three years. In favor of the raise despite the uncertain economic future was Tantasqua representative for the town of Holland Howard Fife. The other of the two Holland representatives, Michael Kennedy, opposed the salary increase.
The 10-5 vote accepted the proposed union contract for the years 2010-2012. Other roll call votes in favor were cast by Tantasqua School committee chairwoman Kathleen Neal, Sheila Noyes-Miller, William Haggerty, Steven Andstrom, Patricia Barnicle, Michelle Fitzgerald, Susan Hilker, Mary McGlynn and Elizabeth Tichy.
Other opposed voters were James Ehrhard, James Cooke, Brenda Tooley, and selectman representative Michael Valanzola of Wales who served on the contract negotiating subcommittee that voted 4-1 to present the contract to the School Committee. The following individuals abstained from the vote to prevent any conceivable conflict due to direct relations to people affected by the contract: Geoffrey Earls, Francis Simanski and Donald Faugno. Peter OConnell was absent. The raise is designed to increase 1 percent the first year and 1 1/2 percent for the next two years, for a total raise of 4 percent. According to Boyd, Tantasqua may face a $250,000 shortfall in state reimbursement for their regional transportation.
Peter Frei

If it aint broke, don't fix it

From: Mr.fixit To: The Holland Blog
There is an old slogan that many new englanders have used for years. If it aint broke, dont fix it. Well, it is broke, and it has to be fixed. What is broken is the trust in Hollands government. There are too many obvious illegalities that have taken place over the years. Government is supposed to be by the people for the people, not by some people for some people. I have known Peter Frei for many years. Besides being extremely intelligent, Peter is exceedingly headstrong and very persistent. He is honest, aboveboard, and courageous. When Peter first bought the land he lives on in Holland, he had problems with town officials. He asked how can they do these things to me? Do they have laws to protect me in this country? I advised him to get a lawyer. Much to my surprise, Peter represented himself. After hours and hours of study by himself at the law library in Springfield, Peter was able to get his cases heard. Sure it cost the town of Holland some taxpayers money, but in the long run, Peter will be seen as the hero that saved the town. It is ironic that a Swiss man would save Holland. This man deserves more than thanks. He deserves a key to the town and a parade. He is a true American. Single handed, Peter started this movement. Now this blog has made him the Pied Piper of Holland.
Guess who started this blog? VOTE! VOTE! VOTE! Speak up! Clean up!

The Holland Blog is starting a LIE-Counter; this lie-counter will start at zero and will increase by one increment with each documented past or new significant lie by one of our selectmen.
I know, the word LIE has an extreme negative connotation; I do not use it lightly. To allege that a selectman is lying is a serious allegation as the act of lying by any town official is an outrageous act. Some of what you will read here is ugly; most of you will only read about it, a few of us actually have to live with Wettlaufers and Earl Johnsonss lies on a daily basis. While some slanderous lies only affect certain individuals, other lies affect the entire community in a most harmful way and will only be realized by unassuming trusting individuals when it is too late. The truck stop is a prime example of a development where nepotism and cronyism rule over commonsense and the entire community will suffer the consequences.
The first lie the Holland Blog is documenting here is a lie perpetrated during an interview by James Wettlaufer that he gave to the Southbridge Evening News just days before the election back in 2007. The evidence the Holland Blog provides to expose Wettlaufers lie could not be more credible. The evidence is a court document, the MEMORANDUM OF DECISION AND ORDER ON THE DEFENDANTS MOTION TO DISMISS, HAMPDEN SUPRIOR COURT CIVIL ACTION NO. 2006-00651.
What the Holland Blog here does is not slandering the chairman of the selectboard James Wettlaufer, the Holland Blog here proves that Wettlaufer is slandering one of the residents of Holland. To read Wettlaufers LIE, click here!»
Peter Frei

The Holland Blog was informed by a reliable source at the town hall that Kevin Gleason was the town official that gave cause to the executive sessions held by the board of selectman during the last two regular official Board meetings. In a letter sent on or around May 5, 2009, chairman of the board of selectmen, James Wettlaufer, empowered first Assistant District Attorney James Orenstein, Hampden County Bureau, to move forward with an investigation to determine if any wrongdoing took place. The recent resignation of Police Chief Kevin Gleason caused the selectboard to change all the locks and security codes and claimed that this would be normal procedure. Gleason cited medical reasons for his resignation a week ago and Wettlaufer has yet to admit to the residents of Holland that Gleasons resignation brought certain irregularities to light.
Peter Frei